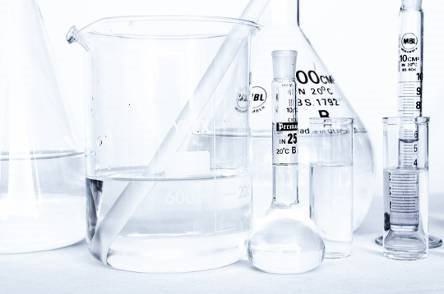 Hydrophilic interaction liquid chromatography (HILIC), although not a new technique, is unfamiliar to many chromatographers. HILIC uses the same mobile phases and systems as the more common reversed-phase liquid chromatography (RPLC). However, it employs a polar stationary phase to separate potentially problematic polar analytes and retain charged compounds, including inorganic salts. The technique is gaining popularity, as polar analytes have become the focus of environmental monitoring and biopharmaceutical development. It is typically used when reversed-phase mode has shown insufficient separatory power. HILIC is highly compatible with mass spectrometry (MS), and is useful when using electrospray ionization (ESI)-MS.

How do HILIC columns work?

Chemists have a wide variety of reversed-phase columns and chemistries to choose from. However, if working with a compound that does not retain well on RPLC columns, HILIC is a useful option that requires minimal modification to the system or solvents.

The HILIC mechanism is driven by a thin layer of water that covers the surface of the stationary phase particles, creating a partition with the highly organic mobile phase. Polar compounds are retained by the water layer, as well as the stationary phase, by hydrogen bonding and electrostatic interactions.

In practical terms, HILIC columns are able to retain moderate to highly polar analytes. Elution occurs from least polar to most polar (the opposite to RPLC), and gradients run from highly organic to aqueous. Water is the strongest solvent in HILIC, and a higher buffer concentration (typically ammonium formate or ammonium acetate) increases solvent strength, improves peak shape, and can moderately change selectivity.

Ion exchange is often a secondary interaction mechanism on HILIC columns, as many polar stationary phases, including bare silica, are mildly acidic or basic. It can result in tailing and strong retention of either cationic or anionic compounds. A charge-neutral bonded phase is important when analyzing mixtures containing cationic, anionic, and neutral compounds. Column selection is critical during method development.

(1) Polar analytes can partition into and out of the water layer, with more polar analytes having a stronger interaction.

As well as the ability to retain cations, anions, and polar neutrals in a single run, HILIC techniques offer alternative selectivity to RPLC. The highly organic mobile phase gives enhanced sensitivity with MS-compatible methods in both positive and negative modes.

The changes in elution order highlight the differences in selectivity between the three columns, and show complementary selectivity.

During method development, parameters should be adjusted one-by-one, to determine which factors are required for the desired separation. Parameters to be considered include:

The new Agilent InfinityLab deactivator additive now enables users to reduce the interactions between sensitive analytes and the metal in their instrument, eliminating a major obstacle in metabolomics and polar pesticide analysis. It is a unique mobile phase additive that increases the overall sensitivity of the instrument by reducing the amount of analyte interaction with the metal in the HPLC, UHPLC, or LC/MS system.

The addition of the deactivator additive to the InfinityLab toolbox is another step along the way to optimizing separation of polar analytes by HILIC columns. The creation of superficially porous particles for use in HILIC columns enables users to retain highly charged compounds (including inorganic salts) with the HILIC-Z stationary phase. Polar compounds with alternate selectivity can be separated with the HILIC-OH5 phase.

In contrast to other columns, HILIC can be used alongside a C18 column (on which polar analytes are usually poorly separated) for complementary selectivity. HILIC can separate these polar compounds without ion pairing or derivatization, therefore reducing laboratory costs and improving throughput.

For more information on HILIC columns, download the flyer here or visit https://www.agilent.com/en/promotions/hilic-columns.

For Research Use Only. Not for use in diagnostic procedures.