I have been tracking down this big source of contamination for a while now, and I think I've got at least part of it figured out. I would love to hear some other thoughts or solutions.

Below are replicate injections of LC-MS grade methanol loaded into a vial. There is no column installed. LC flow is 0.075 mL/min LC-MS grade methanol. Ion source is a Dual AJS on a 6560 IM-Q-ToF in low mass mode (m/z 1700, 2 GHz, Ext Dyn Range). The LC is a 1290 Infinity with a quaternary pump and single-needle multisampler. The system is < 1 yr old and does not get very heavy use (at least not yet).

Injections can be seen at -4.5 mins and 0 mins on the time scale. These are the blank MeOH injections.

Here are some mass spectra corresponding to the three peaks from the first MeOH injection. At some points in the injection (slightly off of the TIC peaks) I can pretty clearly identify polysiloxanes and perhaps also propylene glycol repeating units. In these spectra, there are some signatures of phthalates, and these prominent peaks at m/z 360. 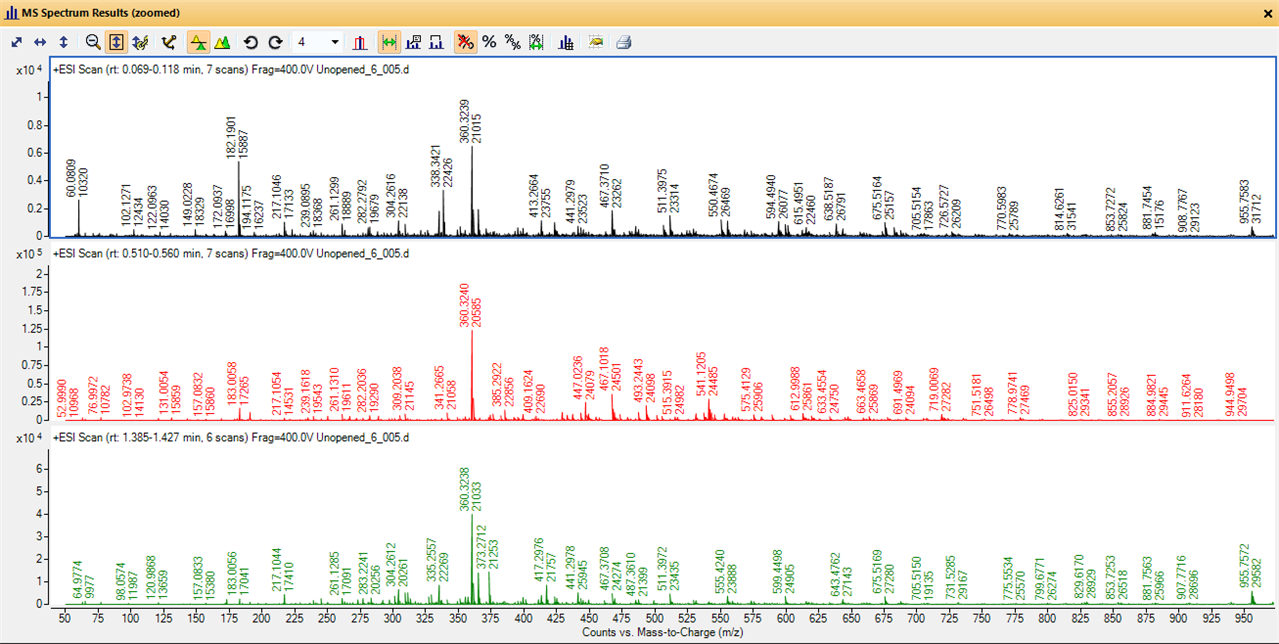 It appears to me that the injection valve is having at least something to do with the contamination we are seeing. Perhaps there is another source as well.  I have replaced the injection valve rotor seal already, and these data came after that replacement. In fact, I even opened the valve up a second time and thoroughly cleaned the stator and rotor seal again today before all of this. Not seeing big improvements, but this contamination only comes up when an injection is made or when the injector is actuated.