This is my first post here in this community. And I really hope to get some ideas to fix my problem, since i'm getting slowly desperate!

So here's my problem: We have some really bad contamination/peaks on all our polar Systems: 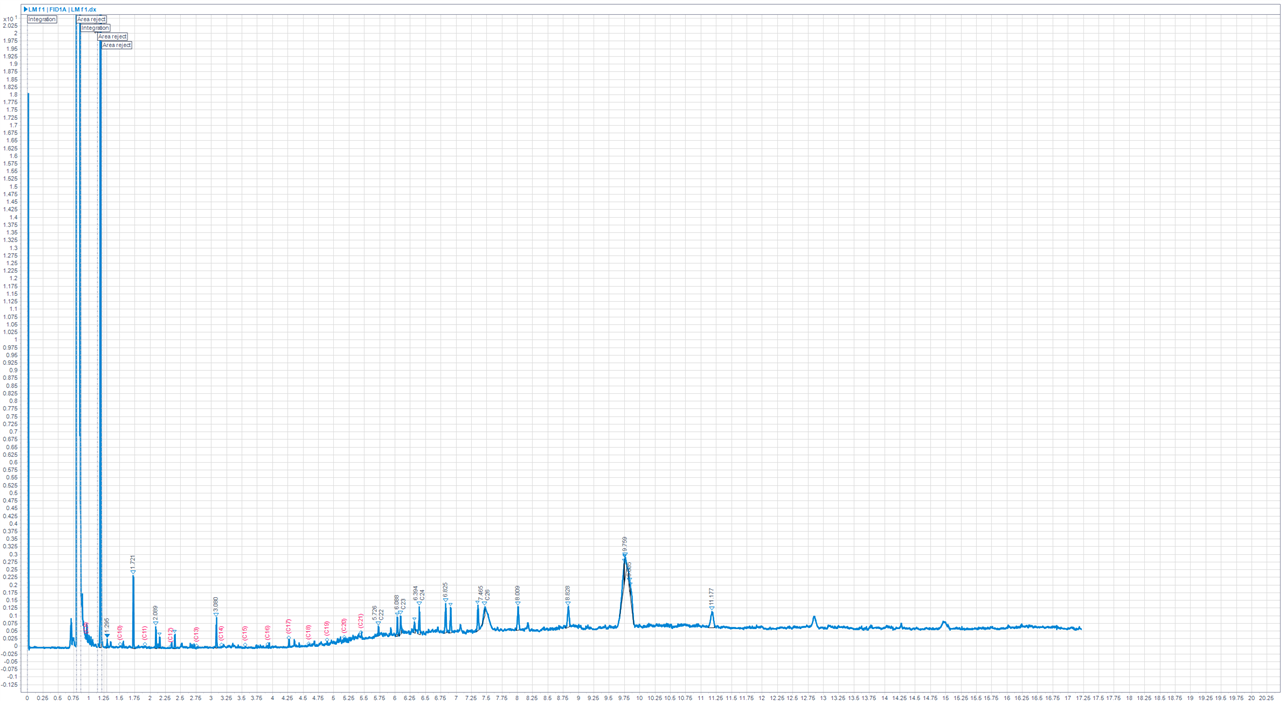 I especially talk about the peaks after 5min. it occurs on both systems, and the big broad peak appears also on both systems (3 colums in total). We have an Agilent GC 6890N and a 7890B (Dual, two colums) with the same colums installed: DB-WaX-FF 20m/01mm/0.2µm. All have the same oven method. We always use split-methods.

Issues appeared suddenly after a liner-change. But we use those liners on other systems as well and there we have no problems. I changed column, gold-plate, septum, liner, cleaned the detector an syringe and changed the FID-Jet and even the solvent trap as well. After all this, it looked more or less the same. I suspected a contamination from outside (solvent) but when i run instrument blanks, i can see the same peak contamination, so it must be something inside the system.

We have a Standard-solution we ran every day, and with this we can monitor our devices. on one day, (this monday) none of all the peaks on both systems appeared in the chromatogram: (ignore the two peaks at the beginning, it comes from the solvent MTBE) 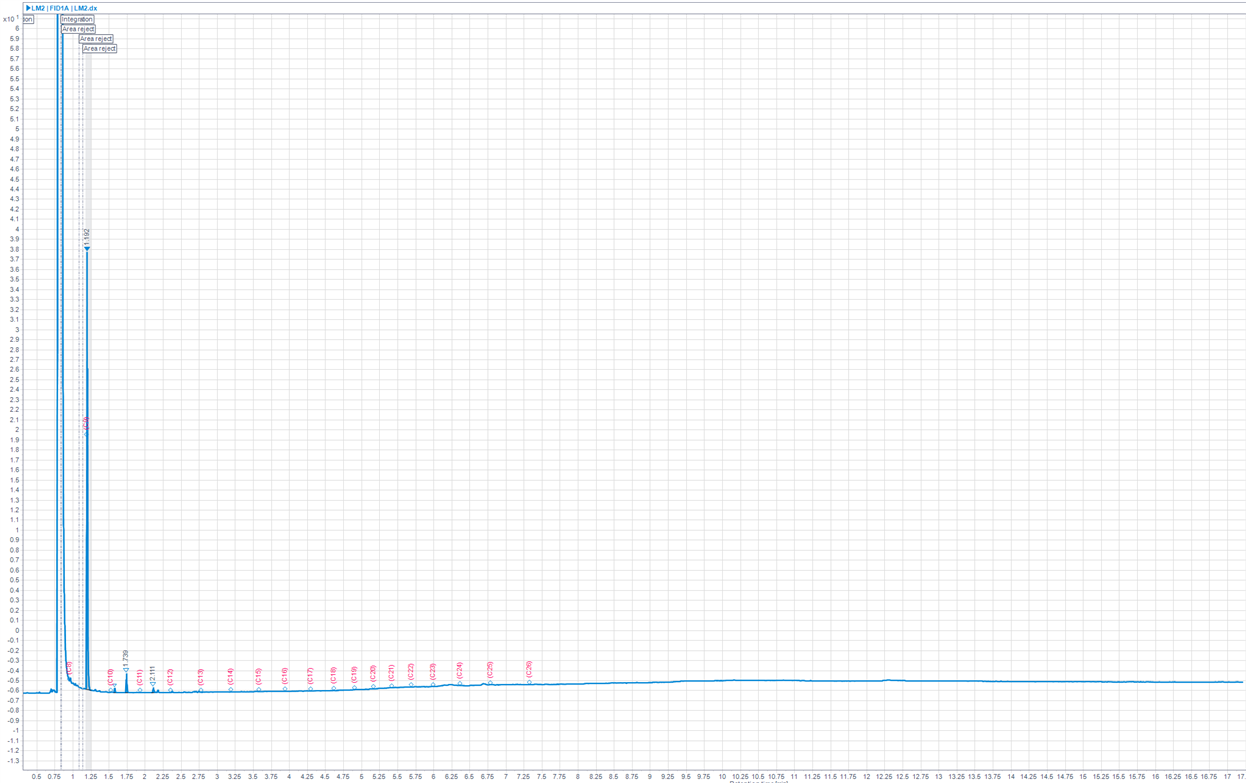 but after this day, peaks were back as the day before.

I need to add: in the middle of last month, we had a problem with H2 quality (oxygen/water in the system) that lead to high column bleed and the columns were strongly damaged, that we needed to change all of them (That was this coulmn change i mentioned before). But nevertheless, the peaks i showed on the grafics were on the columns before and after that.

I hope i did not miss any important information. I am very happy to hear your ideas on this problem.

Thank you very much in advance!