How to Integrate Merged Peaks in OpenLab CDS

How to integrate non-ideally separated peaks starting above the zero baseline in OpenLab CDS?

Integrating merged peaks is a classical challenge in chromatography in case two compounds cannot be fully separated. This post outlines some key steps and references to helpful resources on how to address this problem.

What are merged peaks?

How to integrate merged peaks in OpenLab CDS?

The Peak to valley ratio is a measure of quality, indicating how well the peak is separated from other substance peaks. This user-specified parameter is a constituent of advanced baseline tracking mode. 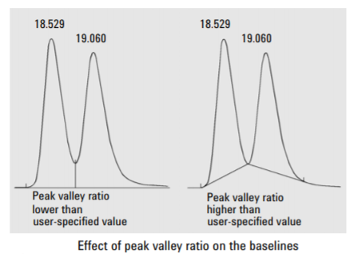 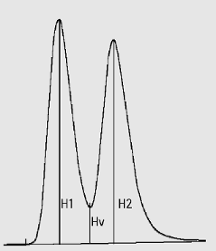 Please note that in regulated environments  you always need to refer to the guidelines outlined in your SOPs for integration parameters.

Learn more on how to effectively operate your OpenLab CDS:

Was this helpful?
Thank you for your feedback!
×
We are glad this was helpful! We are sorry this was not helpful. If you still need assistance please create a community post or contact support. To help us improve, please provide any additional feedback. For full details of how we will treat your information, please view our privacy policy.
Related
Recommended
Privacy Statement Terms of Use Contact Us Site Help