I´ve got an issue with a sample report for a GC system. The system is measuring gaseous hydrocarbon samples with wide compound ranges (C1-C8+) most of these compounds are quantified on their own but in the higher boiling ranges we are using a combination of a timed group and a named group.

While some of the compounds are identified and have their own calibration, others are only known to be a C6 compound. So we have a timed group of unknown C6 compounds and a named of group (timed group + several known C6 signals) as total C6.The same procedure is being performed with C7 groups. 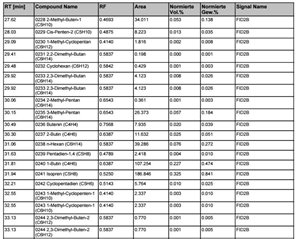 Without the "remove duplicate peaks" option every compound that is known and included in a named group is reported twice (see screenshot below).

When "remove duplicate peaks" is checked, the issue is solved but it removes two of the groups "Rest C7 ohne Toluol" and "Summe aller Komponenten" both are Named Groups consisting of single compounds and timed groups. While one similar group "Rest C6 ohne Benzol" is being displayed in the correct manner (see screenshot below). 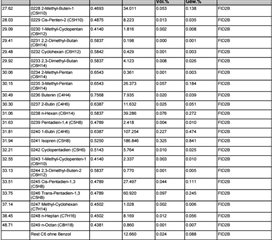 Here are some of the options i use on the report: 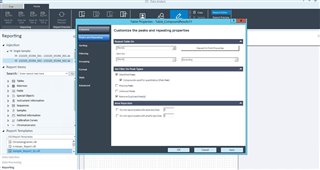 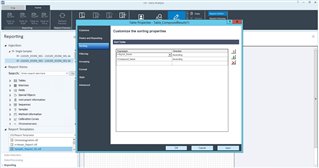 Has anyone made a similar experience ad can help me out? It is not like me report is not of use but it look unprofessional when communicated and when ´m exporting the report to excel  always have to delete the extra rows.

Thanks for any feedback.