I am having trouble chasing down the source of contamination on our 6890N/5975 GC-MS system. The TIC and spectra below were generated using a DB-5 column, "no-injection" manual injection after changing the inlet septum, liner, trimming the GC column end, disassembling the inlet assembly with methanol and hexane, and replacing the split vent filter. Similar data were generated prior to these maintenance operations.  The magnitude of the TIC peaks varies from injection from low 10^5 to low 10^6. The retention time and dominant m/z's is consistent. As you can see from below, the dominant m/z's are the same for the different cinematographic peaks. 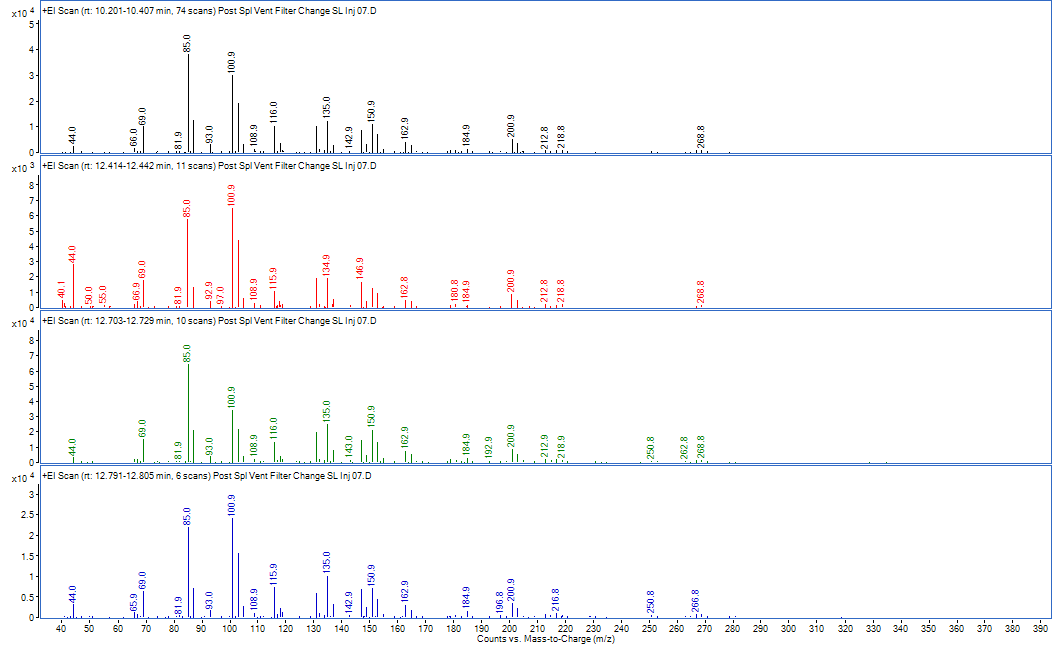 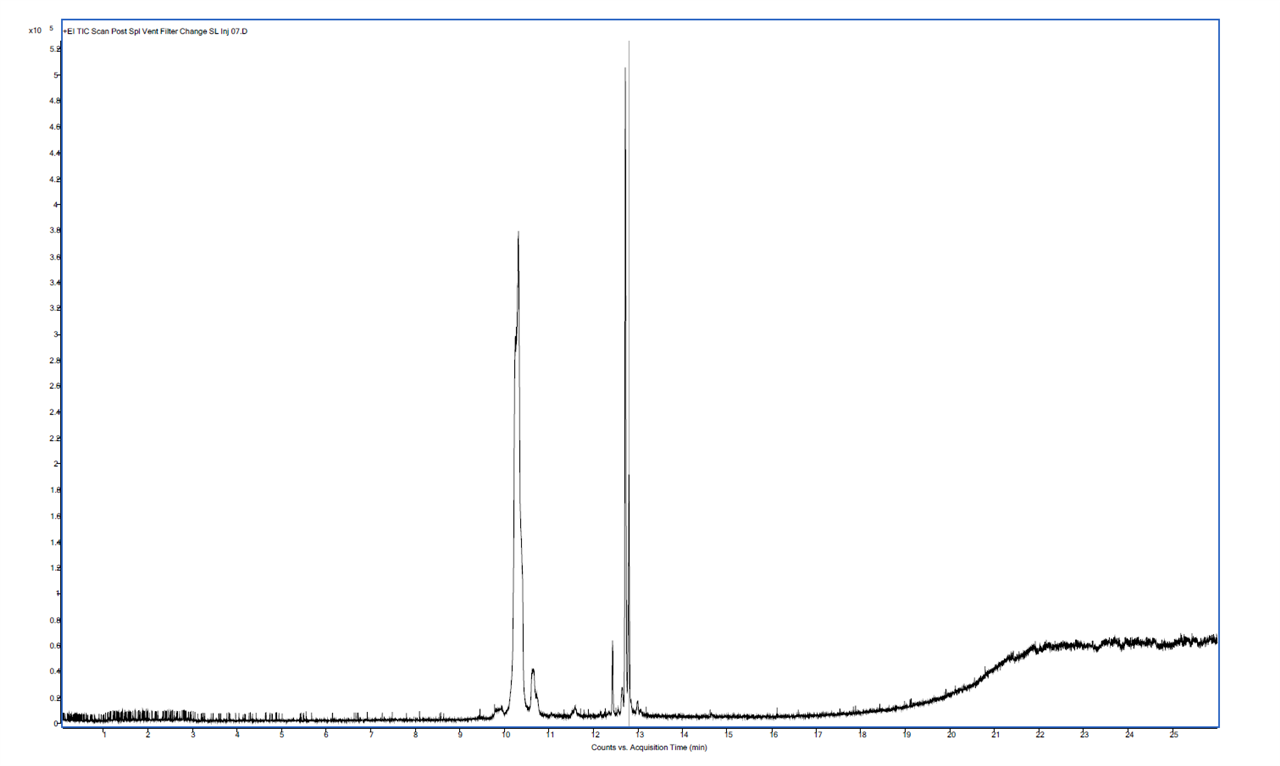