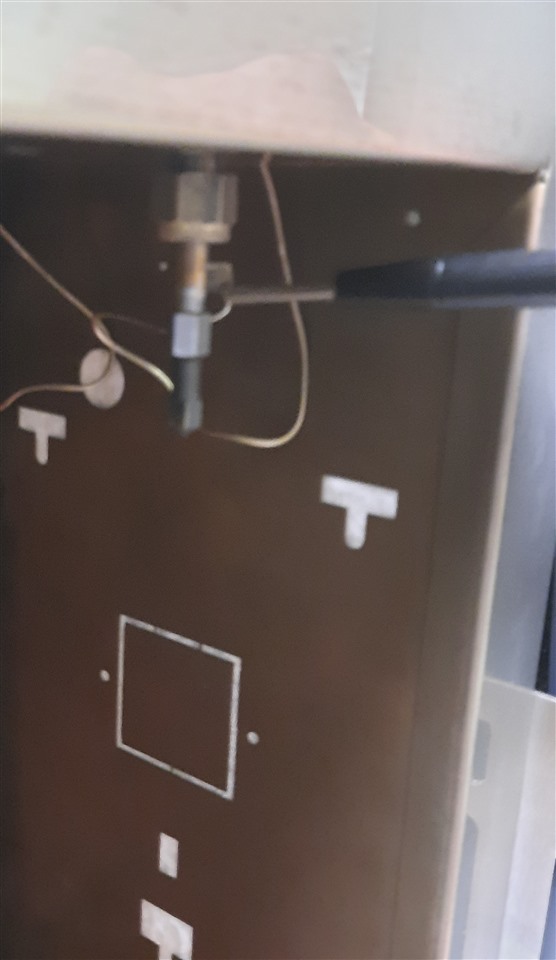 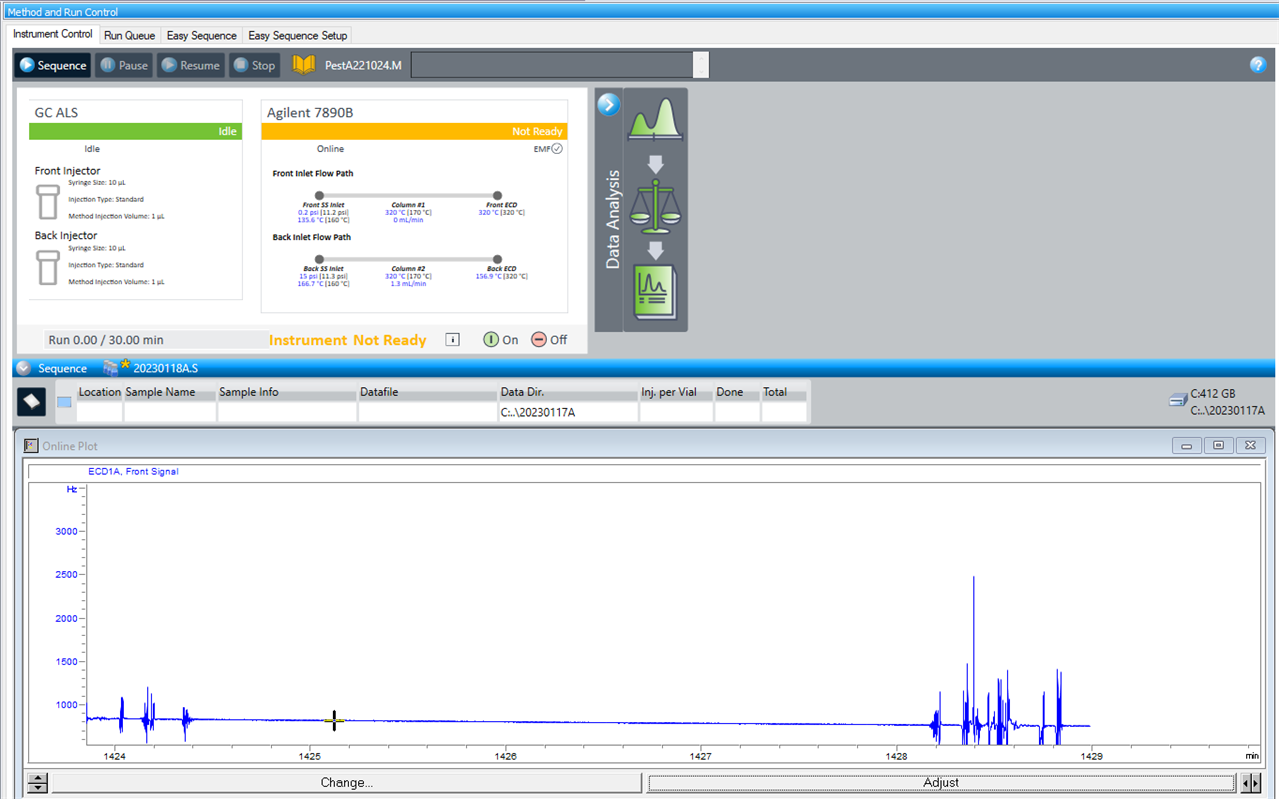 Recently I had both micro-ECD detectors cleaned. Since the reinstallation, my front column had had a very noisy baseline. At first it started later in the day, after running about ten or so samples. Then the baseline noise would spread, occurring earlier in the injections. To rule out column problems I switched the front and the rear columns, figuring that if that were the problem then the trouble should transfer to the read. It did not. So, I pulled the column from the read detector and capped it off. There was no increase in signal. While still capped, I pulled out our trusty Restek leak detector. it sensed a leak in the carrier gas. The first photo shows the probe in the area of the make-up gas adapter where the leak was detected. So, I cooled everything

down and changed the consumables related to the adapter: the micro-ECD liner, the 0.25" ferrule, and I replaced the nut the ferrule fits in with a cleaner nut (tapered side of the ferrule upward). After heating the problem still persists. The second phot shows the resting signal.

Does anyone have any suggestions besides replacing the make-up gas adapter?